the Kilnsea Cross..Hedon has many objects of interest that remain unseen by the majority of people who live in and visit the town. One such object is the Kilnsea Cross which is situated in the walled garden of Holyrood House, a residential home for the elderly in Baxtergate. The cross is said to have been originally erected at Ravenser, near Spurn, on the site where Henry Bolingbroke, Duke of Lancaster landed in 1399, to be joined by the Earls of Northumberland and Westmorland. They overthrew Richard II and Henry eventually reigned as King Henry IV..As the encroaching sea threatened Ravenser, eventually to engulf the town, the cross was removed to Kilnsea. It was again threatened by the advancing waters and in 1818 it was dismantled and removed to Burton Constable, the Constables being Seigneurs of Holderness..It remained in a dismantled state in an outbuilding until James Iveson sought permission from Sir Thomas Constable for it to be moved to Hedon to form a centrepiece for a square of houses to be known as Holyrood. The scheme did not materialise and James Watson eventually built Holyrood House on the site. If one walks down Baxtergate and then turns into the small access road down the side of Holyrood House, the cross can be seen in the garden...Text source Hedon Town Council 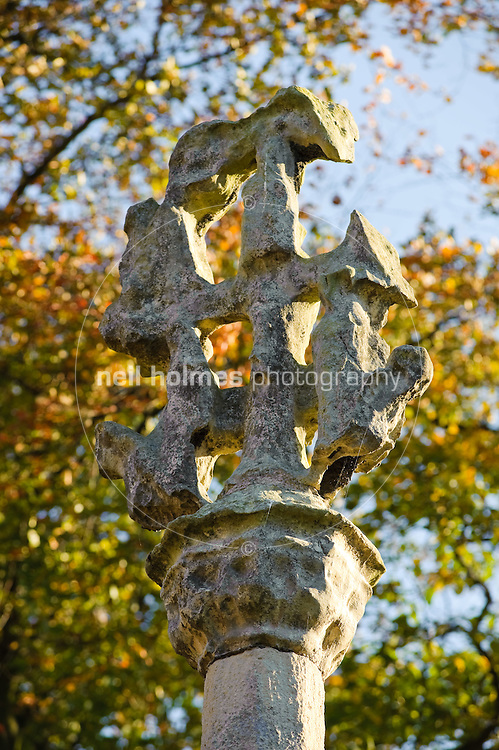